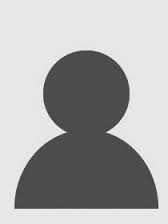 Stephen L. Milton began in technology working for a rural internet service provider when he was 15, by riding the school bus to work every afternoon. When he went to college he continued in technology by serving both the central IT department and the computer science department as a systems administrator. He eventually started teaching by running the yearly internship that all IT students had to go through. While working at Tennessee Technological University he received his bachelor's degree in computer science. From there he worked in an internship with Oak Ridge National Lab helping with the fastest supercomputer at the time, Titan, and many other systems. He then transitioned to a managed IT service provider that served mostly transportation, medical, and law enforcement agencies. From here he moved to work for East Tennessee State University as a Linux system administrator. Most recently he started work for the University of Tennessee as an HPC systems administrator, where he focuses on infrastructure systems, and networking. He currently holds the role of Deputy Manager for System Operations Support for XSEDE.

Previous non-tech jobs consist of lumberjack, saw mill worker, volunteer firefighter, and professional gardener. Growing up in a small town led to a wide array of skills that he mostly finds useless in his technology driven career, but amuses him to no end during his main hobby of watching movies and TV shows and making fun of them for their lack of understanding those careers.