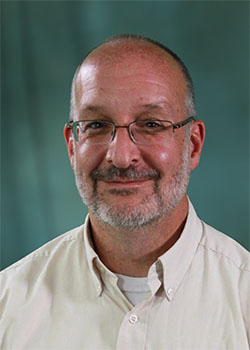 David Ussery, leader of the Comparative Genomics group in the Bioscience Division at Oak Ridge National Laboratory and an associated staff member at the Joint Institute for Computational Sciences 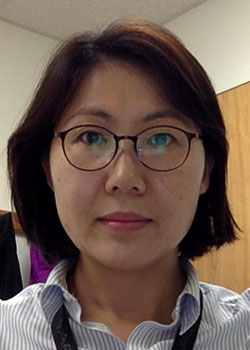 A Joint Institute for Computational Sciences (JICS) staff member is a co-lead author of an Ebola virus research article named the Editor’s Choice for the current issue of the journal FEMS Microbiology Reviews, and included on the Ebola World Health Emergency Web page, which assists researchers, medical professionals, policymakers, and others working on the containment, treatment, and prevention of the disease.

Se-Ran Jun, a JICS research scientist, collaborated with Michael Leuze of the Computer Science and Mathematics Division at Oak Ridge National Laboratory (ORNL) in heading development of the article titled "Ebolavirus comparative genomics." Leuze was the founding director of JICS. Project principal investigator was David Ussery, leader of the Comparative Genomics group in the Bioscience Division at ORNL and a JICS associated staff member.

The article provides details of the research team’s examination of the genomes of the Filoviridae family of viruses to which the genus Ebolavirus belongs, and the team’s comparison of the Ebola virus genomes to a set of approximately 4,000 complete reference viral genomes downloaded from a public database called GenBank, as well as to the genomes of other genera in the same virus family.

The researchers found that although Filviridae family genomes sequenced to date encode proteins with similar functions and gene order, sequences vary among the family’s three genera, which along with Ebolavirus include Cuevavirus and Marburgvirus. They also discovered that while Ebola virus genomes are very similar, variations exist in the stretch of DNA sequences located between genes, or what are called the intergenic regions.

"In our opinion, one of the most reliable methods for detection of the Ebola virus is from its genome sequence," Jun said. "Novel sequencing methods can detect the presence of the virus within a few hours, allowing for the rapid characterization of it. Further, with hundreds of genomes, it is possible to measure the genome-scale sequence variability; this is knowledge that will be useful in the development of approaches to help prevent the spread and recurrence of an outbreak of the disease."

Erwin Ripmeester, journal development editor at FEMS Microbiology Reviews, said an Editor's Choice article is selected in each issue based on originality and importance. "We find the article by Se-Ran Jun et al. very timely and important, considering the major Ebola outbreak in West Africa," he said. "The researchers examined Ebola genomes and identified promising regions for the development of much needed therapeutic strategies. FEMS and our publisher, Oxford University Press, have therefore made this review, together with 50 other articles on Ebola, freely accessible on the Ebola World Health Emergency Web page."

The research was supported by ORNL internal funds. UT–Battelle manages ORNL for the Department of Energy’s Office of Science.